I have decided to attempt NaNoWriMo this year. And since I joined this week, I’ve only had a few days of #NaNoPrep! 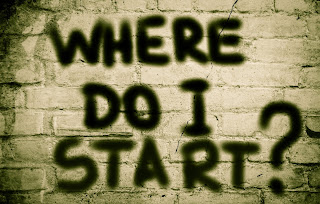 I signed up for NaNoWriMo in 2011, and I was all set with a full chapter outline for my novel. I was very gung ho on Day 1, but that November ended up being a terrible month for us. We faced so much loss and grief in one month—and I don’t really care to go back to that month, but let’s just say, by December, I was broken-hearted:

The bitter taste that first experience left in my mouth had nothing to do with NaNoWriMo, but I’ve stayed away from any other attempts since 2011.

About a week ago I read Laurie Tomlinson’s post about NaNoWriMo, and I felt inspired to try it again. I only wrote maybe 15,000 words during my 2011 attempt, rather than 50,000 words, but those 15,000 words were the start of Restless Heart, a novel I just sent to an agent-hopeful.

As I’m waiting to hear back on Book 1, I don’t want to just sit on my hands for the rest of this year. It’s time to jump on Book 2.

The series is set in Baird, Texas--a beloved town close to my heart. I’ve only done a little planning for the second book but here’s a first draft of the hook:

Justin and Kaylee's comfortable marriage faces unexpected turmoil when, after thirteen years of marriage, the high school sweethearts suddenly aren't on the same page anymore. With three small hearts at stake, Justin knows their marriage is worth fighting for, but can he convince Kaylee to stay?

Friends, are any of you attempting #NaNoWriMo this year? Let’s support each other in our endeavors! [Tweet this.]

Find me on the NaNoWriMo site as laura.c.brandenburg. I'm going to need some Writing Buddies! :) 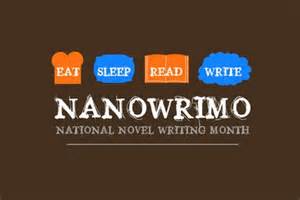 Thinking Positively about Your Spouse


How you think about your spouse affects your marriage. [Tweet this.] 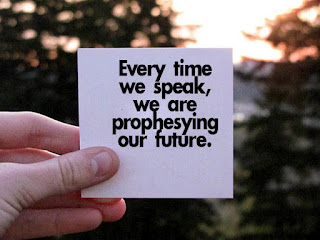 When you think of your marriage, do you think of how bad it is or of all the great times you and your spouse have had together? Many couples think their way out of marriage. I’m not saying you should brush over arguments or ignore issues, but those arguments and issues are not your whole marriage.

I hear people around me all the time complaining about their spouse or making light of how unhappy their marriage is. Sadly, our society has allowed this to become an accepted practice. The thing is, they are making a choice to think of their marriage this way. I know every one of these people loves their spouse somewhere deep down in there, and yet they choose to think of them in a negative light, and worse, they voice those thoughts, which further reinforces them. In doing so, they also betray the trust of their marriage to others.

As people, we make thousands of choices every day, whether it’s rushing through a yellow light or eating that last potato chip. Every choice you make has a consequence later. That yellow light might turn red right in front of a police officer, or that potato chip may clog your arteries. Our thoughts have consequences, too. When you choose to dwell on the bad parts of your marriage, you may make them bigger than they actually are. That nagging habit that your spouse continues to do is a much bigger deal when you think about it all the time and talk to your friends about it.

I encourage you to think about the great times you’ve had with your spouse. Think about the things that you love about your spouse. I know there has to be many for you to have fallen in love. Remember that they love you and give them the best shot at being loved. When you choose to talk about how great your spouse is, you might just start believing it yourself.

Howell
@G2WHubs
Posted by Laura C. Brandenburg at 12:00 AM No comments:

The Power of Peace: When Time and Answers are Unknown


So when they had come together, they asked him, “Lord, will you at this time restore the kingdom to Israel?” He said to them, “It is not for you to know times or seasons that the Father has fixed by his own authority. But you will receive power when the Holy Spirit has come upon you, and you will be my witnesses in Jerusalem and in all Judea and Samaria, and to the end of the earth.”

I have loved this passage for the message of verse 8, but I never realized I was skipping over the heart of verse 7.

When the disciples ask a Time question, Jesus says, “It is not for you to know the time or season that the Father has fixed by His own authority.”

Jesus doesn’t answer the disciples’ question, but He offers something greater than that: “You will receive power when the Holy Spirit has come upon you.”

He is sent in the midst of unknowns and unanswered questions.

The Holy Spirit empowers us in seasons of uncertainty, of chaos, of lost plans, of unexpected outcomes, of disappointment, of overwhelming circumstances. [Tweet this.]

He is our helper, our comforter.

He gives us power to overcome.

We may not get answers, but we get an even great source.

Today, I wade in the midst of uncertainty, and I hate the unknown with all my heart.

If I’m honest, I find a lot of security in the known: What are we looking at? What’s going to happen? What’s the plan? How much will it cost?

But right here, He still whispers His truth:


Time is established by my Father’s authority. But you have the power of my Holy Spirit. You are empowered to overcome.

Embrace my peace in the middle of your unknowns. 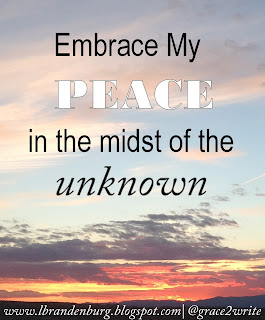 Friend, if you feel anxious today—maybe you’re waiting for God to move in an area of your life, maybe you’re pushing a deadline that feels impossible, or maybe your plates are spinning with all that you have to do and not enough time to do it—whatever the cause, lean into His peace. He establishes Time. All of it. And right now, in the midst of this that you feel, you are empowered by the Holy Spirit.

Click to Tweet:
Let the Holy Spirit empower you in the midst of the unknown. via @Grace2write #peace #blog #faith http://ctt.ec/xcaSi+

Fighting for your Marriage


God has been speaking to my heart lately about how important it is to fight for your marriage. If you want a good marriage, it doesn’t just “happen.” Most of you probably know that any relationship takes work and effort, time and investment, if it’s going to be successful. Marriage is no different.

It’s seems obvious, but I don’t think it’s as practiced as we might think. Anytime we let a fight just “go” without working it out, anytime we leave something unsaid, anytime we go to bed or to work or to wherever and resolve to “fix it” later, we’re not fighting for our marriage.

We know that the enemy is real, and we know he is not passive. The Bible describes him as a lion, searching whom he may devour. That’s not someone kicking back in the LazyBoy watching T.V. (although, sometimes, I think he could do nothing at all, and we’d still manage to get ourselves in a pickle!). But he is active, alive, and always on the prowl.

And I firmly believe that the enemy attacks marriages in particular because it’s a two-for-one benefit—he can destroy not one heart, but two. And, similarly, if two become one, and as a result, become the extraordinary, powerful tool that God intends, then Satan is doubly defeated. So, of course he wants to destroy marriages. Why wouldn’t he? 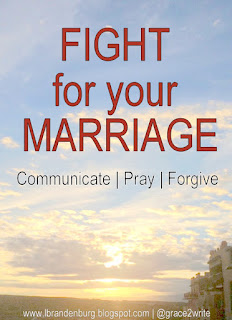 If we know this, then we ought to likewise be proactive in our defense against his attacks instead of always reeling from the blows as they come. Most people, I think, are always on the defensive, instead of the offensive, and that becomes exhausting eventually. I believe there are three powerful steps we can take when we resolve to fight for our marriages:
I realize these are simple steps, but often difficult to walk out. Our schedules get busy, we run out of time, we have some place to be—and so, we let things go. Don’t let anything get “too far gone.” It’s what Satan wants. Don’t let him win the battle—or the war.

Fighting for your marriage is not easy; it takes work. Plead the blood of Jesus over your marriage. Pray for his protection against the enemy. Rely on his grace that empowers us to be extraordinary. And then, take a stand. Take responsibility for your actions. Be proactive in the fight for your marriage. It’s a decision you make. Everyday.  A resolution. A declaration to fight.