We have seen God perform miracle after miracle this year—from His provision to His yes to His word of comfort to me when Howell found me sprawled on the bathroom floor, in and out of consciousness. All I could say each time the pain subsided was our baby is going to be okay. God told me so.

But I need to start at the beginning…

Last December, the Lord told us we would have a baby in 2019. We felt both excited and a bit doubtful. After all, over the last eight years, God has given us a lot of words confirming that we will have children—and sometimes, we’ve even thought we heard him say a specific time frame, only to be disappointed with another “not yet,” “not this year.”

With the little faith we had, we bought a crib on December 27 and began to wonder whether we were supposed to try fertility again or pursue adoption again—all paths we’ve tried before. We made an appointment in January with our fertility specialist—a consultation—and we decided we’d let God tell us through her. She’d journeyed with us these long eight years, and if she thought there’s nothing left to try, then so be it.

To our surprise, she suggested IVF—one more time. It had been five years since we tried it the first time—and since then, God had healed so many parts of my body, miraculous changes that even she had witnessed.

God opened all the doors and provided us so much peace. Everything about the process was easy—even taking 4,592 shots. 😊 The appointments fell on perfect non-teaching days. My body was responding as it should. And the timing for the egg retrieval and transfer came at spring break, the ideal week for no stress. Then we waited, as we’ve waited so many times before.

On March 20, I took yet another home test (impatient for the blood test we’d have later that morning). I can’t tell you how many hundreds of them I’ve taken over the years. All negative. Always “not pregnant” flashing on the screen. We held our breath in the bathroom, and then the words appeared, words I’d not once seen and have long desired: “pregnant.”

When I began to weep—really more like wail, I couldn’t even recognize the sound coming out of the depths of me. Howell had to check the test again—and then said, “it’s positive right?” and we had a good laugh despite the tears running down my face.

Our miracle had begun to form, to take shape, to grow and develop as he or she should.

Every day felt like a battle of fear. I would declare God’s word to us over and over, repeating every scripture I’d ever memorized. And the longer we stretched through the first trimester, the more confidence I gained. This was happening. Our baby was coming. He or she continued to grow and progress perfectly, which is why—when I found myself writhing in pain on the floor at almost ten weeks, when God told me our baby would live, I believed him.

Howell wanted to go to the hospital right away, but I kept saying, it’s okay, the baby is ok—God said so. He began to pray over me in that bathroom, quoting scripture and declaring God’s word over us. After several minutes of intense pain, I gave in and told him to help me up because I didn’t want to pay for an ambulance (ha!). But I blacked out again in his arms, and despite my wishes, ended up being carried by two EMTs moments later.

Not fifteen minutes after we got to the ER, we had a sonogram and knew right away we still had a heartbeat. The tech got a different sonogram machine and did more searching—and less talking. Then the doctor gave us the news: I had a heterotopic pregnancy, which meant I had one embryo in utero and one ruptured embryo in my fallopian tube. They wanted to send us to Lubbock right away for the surgery, as already I had blood in my abdomen, which was the main source of my pain. Our fertility specialist stood by in Lubbock, ready to do the procedure with confidence that she could do the surgery and still save the one in utero.

I ended up being air lifted to Lubbock, where I was in surgery within minutes after landing. Afterwards, our doctor said the flight saved my life. I’d lost 1.7 liters of blood, which is a lot. They transfused me with blood during surgery—and for the next several days afterwards. While the ruptured ectopic pregnancy is dangerous, so is the bleeding disorder I've been diagnosed with for years—and together, they created the perfect storm. 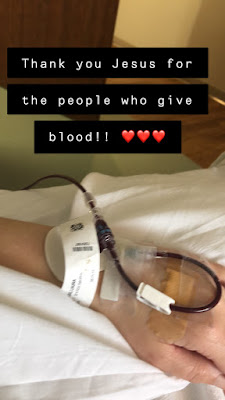 But we know the One who walks on water, who calms the raging seas, who tells us, “do not be afraid.”

I’ve never felt so covered in prayer. So many were literally standing in the gap for us. One of our friends happened to be in the neighborhood and was praying over me as they wheeled me out of the house. Other friends were at the ER as soon as we got there and immediately started praying over us.  Even the precious care flight crew paused before loading me to pray with us. And I kept telling everyone who came—the baby is going to be okay. God said so.

The Plainview and Lubbock waiting rooms were full of people who prayed and believed, not only for my life but for our baby’s life as well.

We grieve the one we did not know, will not get to meet. But we rejoice for the baby who is coming. He or she is a trooper, a fighter, a survivor. An answered prayer. A promise fulfilled. 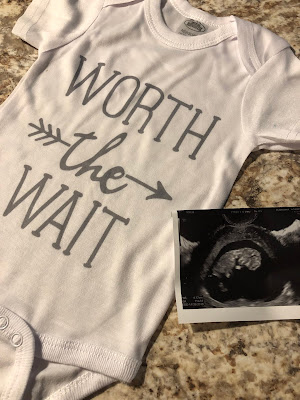 Our God is good and gracious and powerful. And He’s not done yet. These next two trimesters are going to be full of peace and joy and anticipation.

His word is true: with God, nothing is impossible. He has delivered on his promise to us. What He has done for me, He can do you for you.

We give him thanks and praise and all the glory.

P.S. I need a few more lines to say how incredible my husband has been during all of this. I knew I’d married a powerful man of God. I knew I loved him deeply. He has been my best friend and my partner in all things for the last almost eleven years. But my love for him has deepened in a way I can’t describe. His inability to leave my bedside. His patience and tenderness as he’s showered me, dressed me, and bandaged my incisions. His hard work to do every.single.thing around the house, from laundry to dishes, while I’ve been homebound. His persistence to pray over me, as he has these eight long years, and to believe with me that God has answered our prayers, that He will deliver on His word.

If you are single, my friend, never, ever, ever settle for less than a man who will love you when you are pale and weak and in need of his airplane noises while he spoon-feeds you Jell-O.