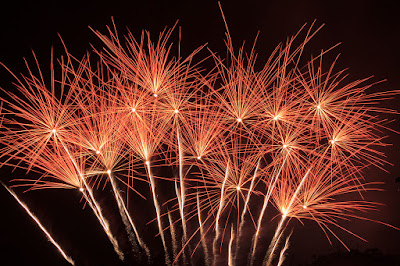 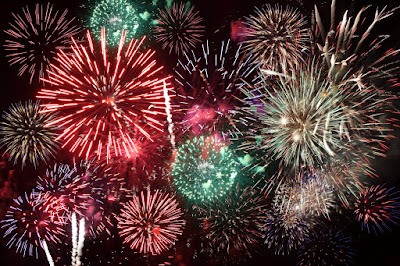 I am always grateful for the freedom we have in our country, and I know that many times I take it for granted.

The same is true spiritually.

I get so used to being free that I either forget to walk in that freedom, or I take the freedom for granted altogether.

Both of these verses have been on my heart this week as I’ve been thinking about July 4th and celebrating our liberty:

“For freedom Christ has set us free; stand firm therefore, and do not submit again to the yoke of slavery.” (Galatians 5:1)


“For you were called to freedom, brothers. Only do not use your freedom as an opportunity for the flesh, but through love, serve one another.”  (Galatians 5:13)

What He means is well, you’re free. Forever.

We are no longer slaves but are forever sons and daughters.

When I’m operating out of my flesh—maybe I’m fearful or worried about pleasing people, maybe I’m easily frustrated—I’m not living as a free daughter, no longer under the yoke of slavery.

And when I’m living free, walking in the fullness of all that God says I am, I can use my freedom to serve others.

That’s the purpose, right? We are free to love and to give and to serve.

This week, as we celebrate America’s independence, let’s consider the far greater freedom we have in Christ and use that gift to serve others.


When Howell and I were dating, the biggest source of our conflicts usually boiled down to personality differences. I was serious and usually stressed about school (or something) while he was calm, laid back, and never worried about anything. At the time, I didn’t appreciate the differences, but over the years, I’ve learned how important it is for us to balance each other.

We may have shared this story before, but we met during my senior year of college. I was serious about school—focused, determined, and probably not a whole lot of fun. When Howell found out that I’d never skipped a class before, he made it his mission to get me to skip just once.

In my last semester, I finally did—but only on a day I thought I could and only after I emailed the professor to let her know I wouldn’t be in class (yes, still so responsible). I think we went to a movie or drove out to the lake—I honestly don’t remember, but I remember thinking, this guy is good for me.

About a month ago, Howell was in Lubbock and had the afternoon off. He called me on my lunch break to come join him. Although I have plenty of vacation hours (all of which expire June 30), my pulse started to race. I can’t just leave. I’m on my lunch break. I didn’t tell anyone. I have to ask. I have to be responsible.

But I went (after responsibly asking for permission—Ha!) and y’all, we had so much fun. We shopped and got ice cream and spent a completely un-planned afternoon together. I was a little stressed at first—I kept thinking about work and whether I should’ve left and whether someone would lock up my office and whether my emails would wait one more day.

Once I got there, though, the stress and the worry melted away, and I was thinking later, on the drive back, that even ten years later, he could still talk me into a skip day.

I’m grateful for Howell, for my highest complement who has taught me how to have fun and be spontaneous, how to relax, how to let go, how to be at peace.

He is calm and constant, and the Lord knew just what I needed.

Two weeks ago, he blogged about the chaos in our little world these days (update—the kitchen is ALMOST done!), but there’s no one I’d rather walk with through the chaos than him.

Married friends, if the differences divide you, I encourage you to consider a different perspective. It’s a good thing your spouse isn’t just like you! Instead think about how he or she creates a balance in your home.

Remember when I told you that I have a problem with throwing things away—like when the toothpaste tube is squeezed empty, but I keep hoping for one more brush out of it?

Apparently the same applies with shoes.

I like to wear shoes until they haven’t just worn out, they’ve completely broken. And even then, they might be “repaired” for a while.

When Howell met me in college, I was sporting a pair of black heels that were duct taped. That’s right. Duct tape.

It became a running joke over the last several years—the things I duct tape to preserve. Picture frames. Tire fenders. And many, many shoes.

Sometimes when the shoe has broken, I still hold on to it because, well, I’m crazy like that.

I had a pair of tennis shoes that I loved, and when it came time to replace them, I wore the new pair, but still kept the old ones. Then when I got the next pair, well, you can imagine. In fact, until recently I still owned my last five pairs of tennis shoes. (Who does that?) I didn’t wear four out of the five, but by gosh, I kept all five.

The same applies to dress shoes and sandals. With reservations, I share these pictures—one of a broken buckle on a shoe that I paper-clipped and continued to wear for six more months, the other of a broken heal that I taped with a paper towel for cushion (yep, a paper towel…). 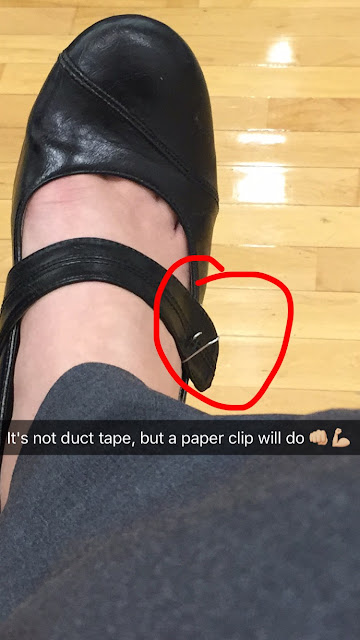 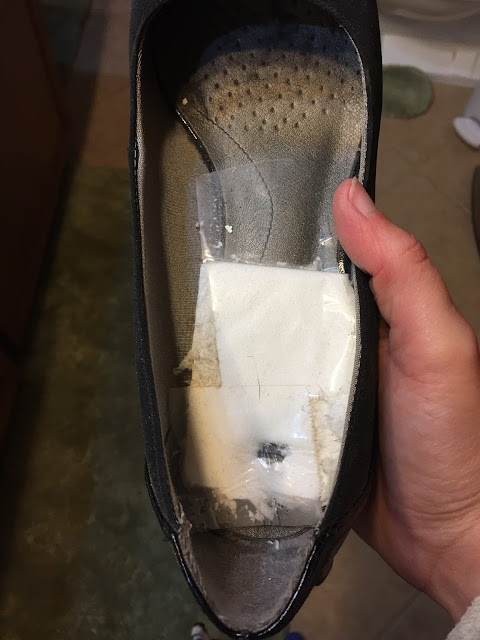 So, maybe it’s because I just had a birthday, and I’m getting older now, and I’ve decided to be an adult who buys things, like clothes and shoes and picture frames, but I spent my birthday week (last week J) making some major headway.

First, I spent money on clothes for myself. This is big, y’all. Most of my clothes are hand-me-downs (yes, I’m in my thirties and still gladly accept hand-me-downs J), and I never spend money on myself.

But I went shopping on our girls trip (my sister makes me brave J), and now I have several cute new outfits. 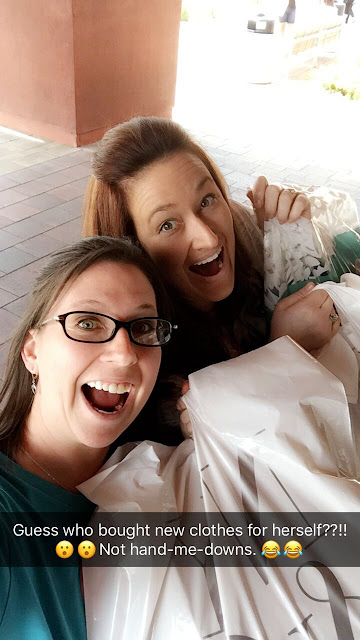 This even spurred me to come home and clean out my closet. I know—shocker. But I refused to add anything new until I’d thrown stuff away.

I not only donated two trash bags of clothes, but I donated an entire trash bag of old shoes (and threw away ten pairs of broken shoes—you read that right: ten).

When my best friend came for my birthday, she took me shoe shopping and bought me a new pair of pumps. My parents also gave me money for shoes, and I bought an additional two pairs this week.

I haven’t read that book about tidying things up, but I’ve got to say, I think she’s on to something.

I enter my closet and feel so happy. It’s lighter and easier to find what I really want. My shoes are only shoes I actually wear.

I don’t know that I have a good spiritual truth to tie in here (I did that once already), but I’d encourage you—this week, throw something away.

It feels amazing.
Posted by Laura C. Brandenburg at 12:00 AM No comments:


For Laura and I, now is a time of change. Our schedules are changing, my job has changed, and our kitchen is in the middle of a facelift. It’s like our little world has been turned upside down. 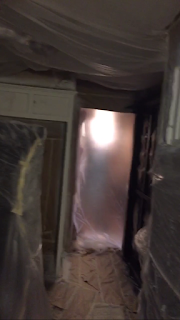 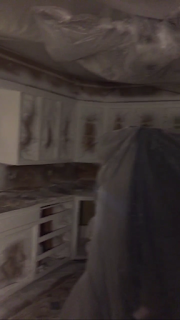 To be transparent, these times are a struggle for me. Keeping everything else straight while certain parts of our lives are in flux is beyond my natural ability, and I have to rely on the Lord for help with this. We’ve done this a few times now, and with experience does come some wisdom.

During times of change or new beginnings, it’s very important to manage expectations. This is something that I naturally struggle with, and I think, a lot of other people do too. I’m great at the classic, “This will take ten minutes…” when it actually takes an hour. It’s a matter of learning for me, but it’s very important to give your spouse realistic expectations of time, money, and effort that is going into or out of whatever project or effort you are conducting. Accuracy isn’t always possible, but it’s definitely better to under promise and over deliver.

Another thing that is helpful is a prepared heart. I talk about this a lot, but taking the time to slow down and have the conversations that keep connections between people going is vital. First, it’s a good idea to say to each other that this is likely to be a stressful time and pray together about it going in, if possible. Second, I believe it’s vital to check on each other as you go through. Lately, we haven’t had a kitchen available, and this is very inconvenient for both of us. It requires extra meal planning so both of us have asked each other how the other is feeling that day, and if they would like to eat out or have leftovers. These little conversations let the other person know that you see them and what they are going through too.

Most importantly, it’s vital to stay spiritually connected during times of change. Your metaphorical ship is being tossed by waves, and the only one who can truly right it is Christ. If I’m not in tune with what the Holy Spirit is trying to tell me about Laura, or I’m just in “survival mode,” trying to make it until tomorrow, then we are susceptible to any and all icebergs in the water. This is especially difficult for me, because I like routine. I master something, and I can function at a high level, but when I don’t have control, I’m using all my mental resources to keep going. If you’re like me, the only lifeline in times like this is the Holy Spirit. Thankfully though, He is there and helps me do what I cannot, under my own power.

How about you? Are you facing any changes or new beginnings? What lessons have you learned in times of transition?

~Howell
@G2WHubs
Posted by Laura C. Brandenburg at 12:00 AM No comments: