It snowed today, so I can't begin this post without a few pictures/videos. :) 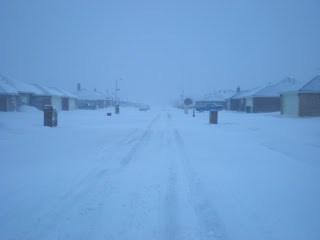 Riley and Charlie had a blast playing in it. I got a little cold, though. We might try again later. :)


In other news...I've decided to write a book. If you don't know me very well, that probably sounds lofty--and crazy. But, all my life, I've wanted to write fiction. And when I was in high school, shortly after I was saved, I felt strongly called to write--fiction included. I've done a lot of writing in my lifetime, but beyond a couple published short stories, I've not really followed through with my calling. I believe strongly that God has gifted me to write--and it's the only area in which I'm actually creative. For years, my family and friends (and now my husband) have been asking me when I was going to write a book. For me, not only was I afraid of the task, but I think I was intimidated by my young age. I always thought (and would say), "I will! Someday..." like writing a book has an age requirement to it--and I haven't reached that requirement yet.

But, as weird as it sounds, I watched Julie & Julia a couple weeks ago, and I was so inspired. I told Howell afterwards, "That makes me want to write." And he said--"You should!" I laughed it off and then tried to blow it off a few days later, but the Lord kept putting it on my heart. I need to write (He's already given me so many ideas that just float in my head), and I need a goal.

Yesterday I spent three hours at Starbucks with my journal. Not only did I spend time in prayer about what to write, but I wrote down every idea for a book I'd ever had--in detail. And I gave myself a goal-- six months. It doesn't have to be perfect by June 23, but if I'll at least get a first draft completed in six months, then I have something to work with.